S’Up Spoon is a new and innovative assistive eating aid to help people with a movement disorder. Check out their Kickstarter campaign! 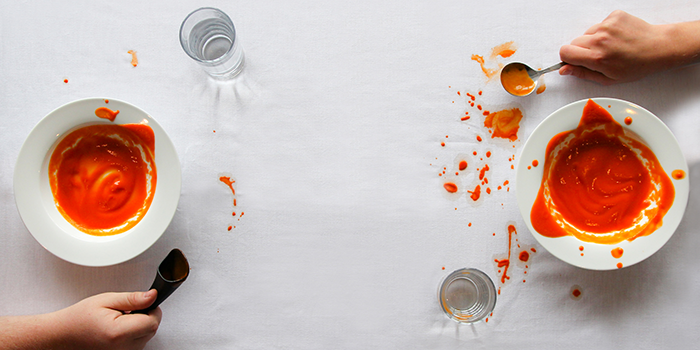 Inclusive and design for all practices are at the heart of everything we do and we like to support products that offer the same. S’Up Spoon is an innovative new product which provides a safe and convenient utensil, specifically designed for people with cerebral palsy as well as anyone suffering from hand tremors, such as essential tremor. S’Up Spoon helps to ensure independence and dignity to many and their Kickstarter Campaign is currently gaining momentum and we want to help push them along their way!

With the above slogan opening the campaign, S’Up Spoon is introduced as a spoon for shaky hands and the campaign is looking to raise £33,000 and have provided the below valuable flowchart of exactly how their funding will be spent: 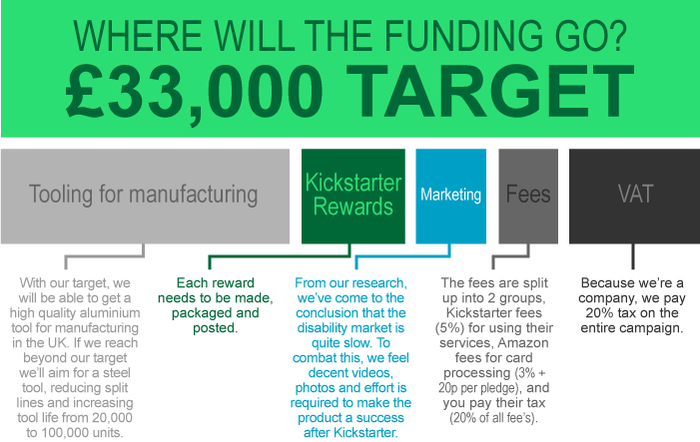 What is S’Up Spoon

The video below explains S’up Spoon very well. The spoon was developed after the inventors met Grant who was frustrated by the limited nature of regular utensils as well as those specifically designed for assistive purposes. The spoon was designed to allow grant the freedom he needed to eat out with friends and from his fantastic feedback, the company went on to further hone the spoon for a wider user group.

The current S’Up Spoon has been developed to suit a wider audience including people with essential tremor as mentioned above as well as Parkinson’s disease. The spoon is on the verge of reaching market and there’s hope that the Kickstarter campaign will help launch them and ensure their product is available for a much wider audience. They’re currently about £20,000 away from their target and have 10 days to go. We’re hoping a final push can get them the funding they need and bring S’Up Spoon to market.

The assistive utensils market is a growing area of interest for many inventors and designers. Products such as the Knork, Handsteady and other drinking and eating aids, provide assistance in some ways but not others and it’s clear S’Up Spoon feels a definite gap in the market and could even be used alongside other utensils and products.

We also reckon this is a good time to mention how valuable your Trabasack can be when out and about, providing a sturdy and stable surface to dine from, perhaps when you’re in a busy area or the table height isn’t quite right for dining comfortably.

As with all Kickstarter campaigns, S’Up Spoon offer a range of incentives to their backers to get them on board and thank them for their kind pledges, the S’Up Spoon pledge incentives are as follows:

There are lots of fantastic incentives there to make that final push to back up S’Up Spoon and ensure it’s available to buy for anyone who wants it. Our main hope for the development of the product is that a stainless steel version is eventually created, allowing the S’Up Spoon to blend in more naturally in all dining environments.

Good luck to the 4c Design team and S’Up Spoon. We will keep this page updated with news as the project progresses.